Well, we have finally ordered interior paint.  It will be cream for the doors and dash front: 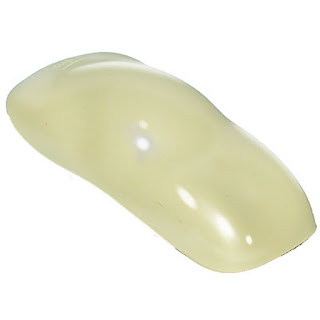 And dark brown for the dash top, upper console, and possibly door panels?  Maybe the interior trim?  That we haven't decided on for sure. 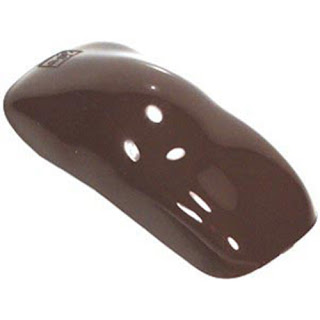 I also ordered a dark brown One Shot lettering enamel to add some pinstriping to the cream parts of the interior..  It looks like it will match the paint color well - but I can adjust it with other colors if necessary.  I will wait to see the cream in person before I decide if I need to order a One Shot to match it. 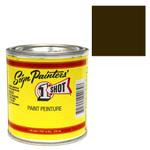 So, as far as the dash top goes - I worked on it last weekend and got the oval holes cut for the defroster.  The original 36 didn't come with a heater or defroster.  It was apparently an option in 37, but the parts truck didn't have it either.  If it WAS installed, there would have been a large punched area cut from the dash top and the vent was screwed to the top of the dash.  I didn't want that vent to show, so I made it so it mounts underneath the dash.  I marked and cut oval holes (plasma cutter, made a template) 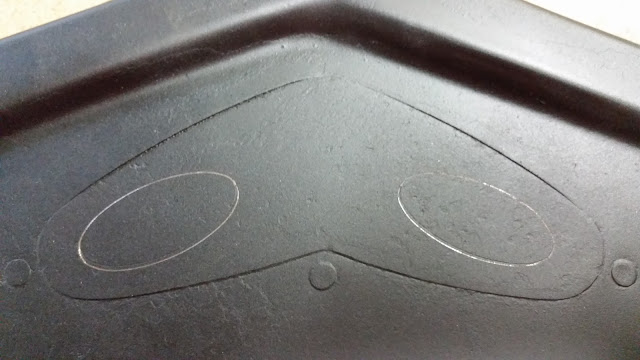 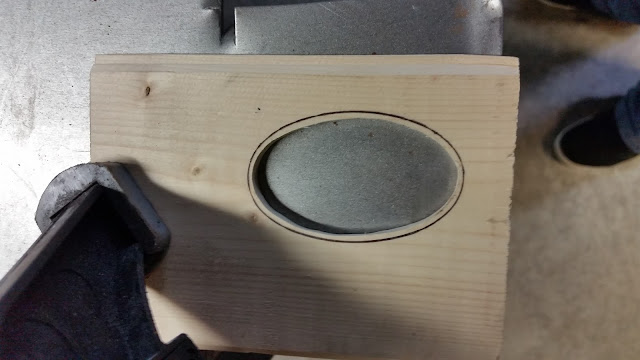 Keeping it real here - I had a mishap with the plasma on one hole (I slipped off the template) and Brian had to fix one with some welding.  One turned out great though with just a little cleanup with a file.  In the end, it won't show because it will have some bezels over the edge of the holes anyhow.  But, I did do some file work and body putty to clean up the factory punch marks: 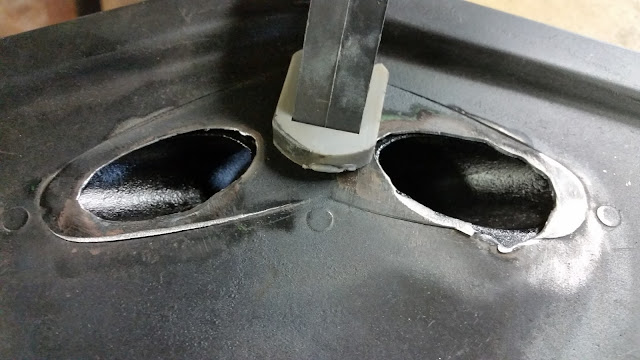 I used a scrap of the wire mesh we used for behind the grill and sandwiched between the vent and the underside of the dash top.  I drilled out the mounting holes and Brian welded 3 studs on the back of the dash top for affixing the vent. 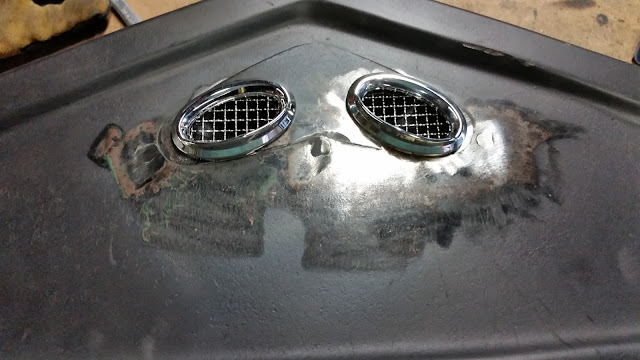 After bodywork and cutting a 2'' hole in the top of the cowl for the vent.
Dash top is now ready for the 2K primer and paint! 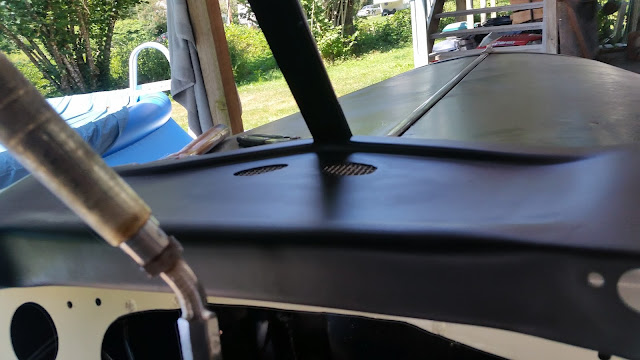 Here it is from the underside of the cowl where the hose will attach from the heater.  There is a couple inches of space between the dash top and the top of the cowl, so most of the vent splitter his hidden in this space. 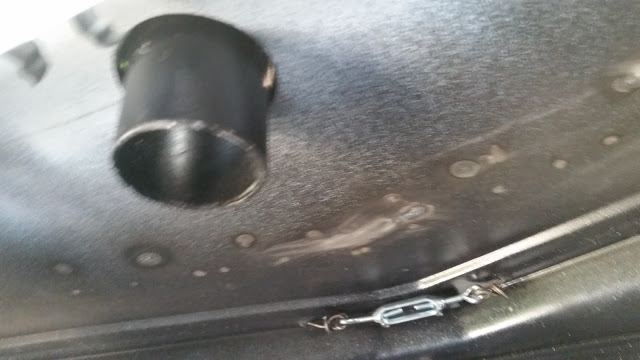 (you can also see where we used a small turnbuckle to tension the wire in the hood lacing).

So, hopefully it will be prep for painting this weekend - and then interior paint the next weekend?

Posted by Cascade Quilts at 10:36 AM No comments:

This last long weekend, we got quite a bit accomplished.  The weekend before, we got an 'air dam' made for the bottom of the grill shell: 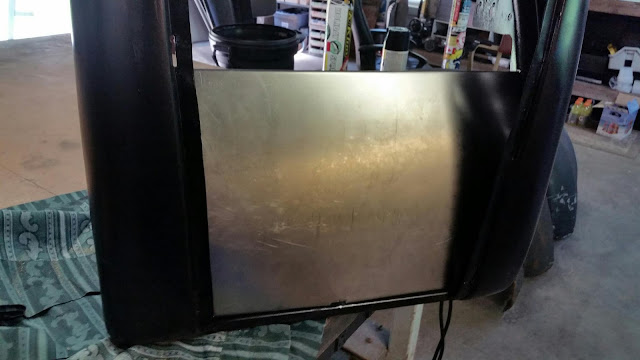 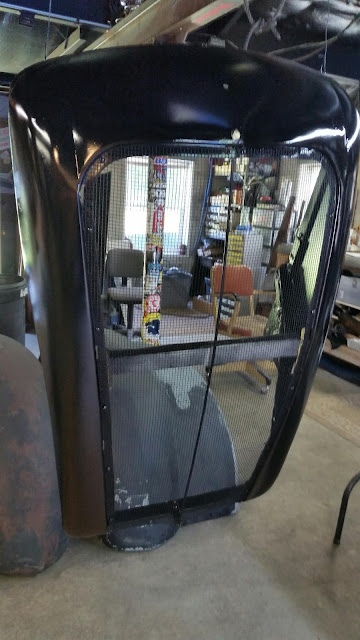 I made steel wedges like original to install the grill: 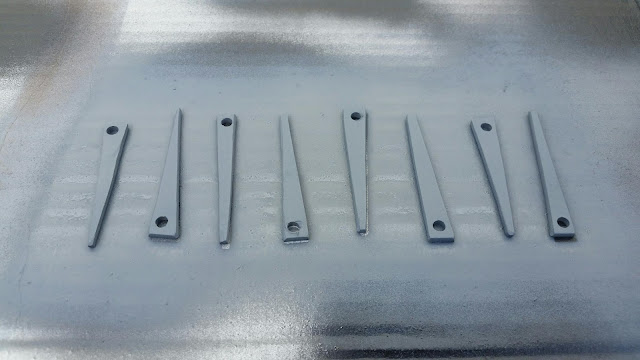 The wedges worked great!  They seemed rather rudimentary, but they worked!  You can see the new steer tires and freshly powdercoated rims here :) 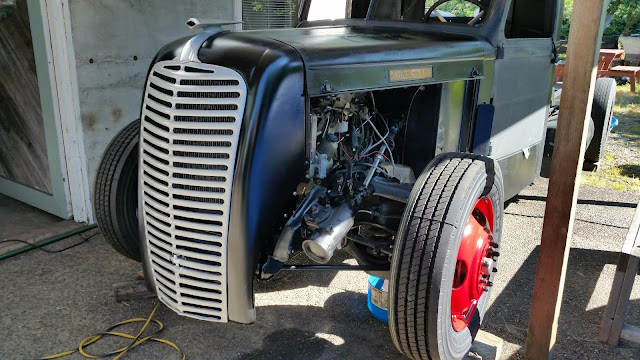 We also got the freshly sandblasted and epoxy primered hood in place: 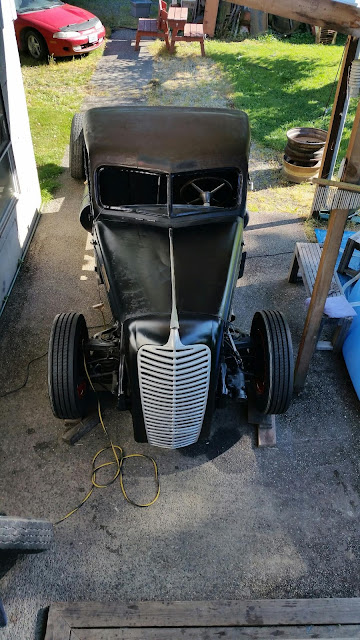 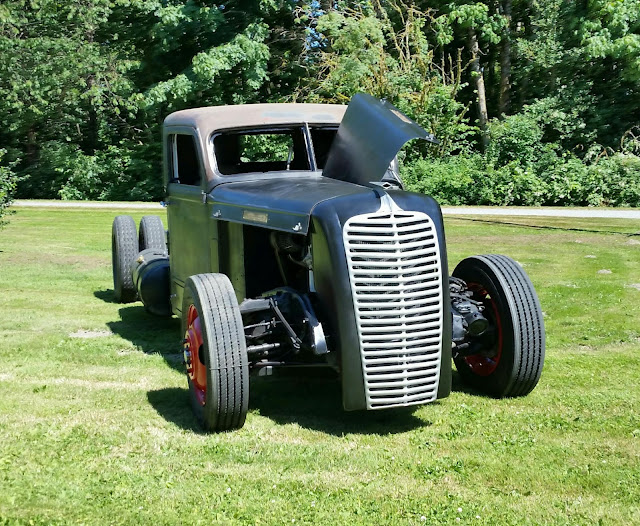 I posted a couple videos on youtube.  Brian driving it again
And the door jamb progress

Posted by Cascade Quilts at 8:35 AM No comments: 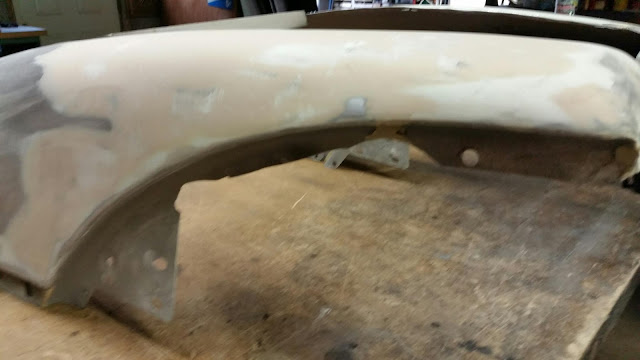 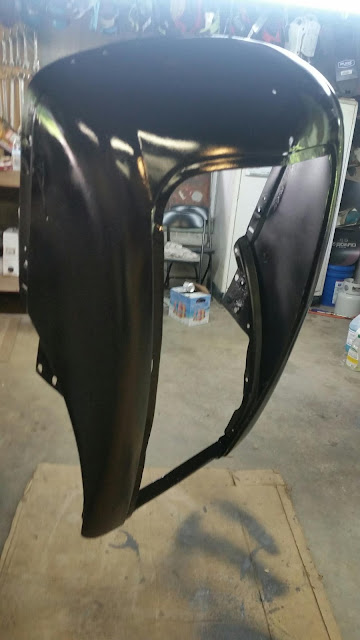 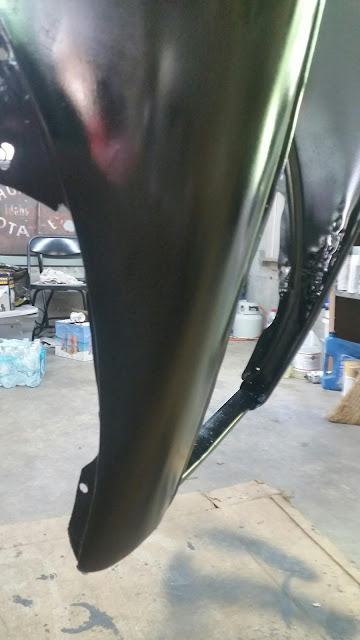 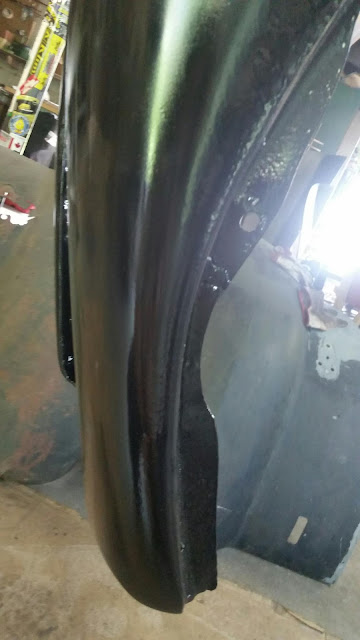 Posted by Cascade Quilts at 11:47 AM No comments: