Back in the saddle

After a hiatus to gather more parts - we have started work again on the Diamond T......  this last weekend, we finally finished up the belt reroute and water inlet/outlet swap! 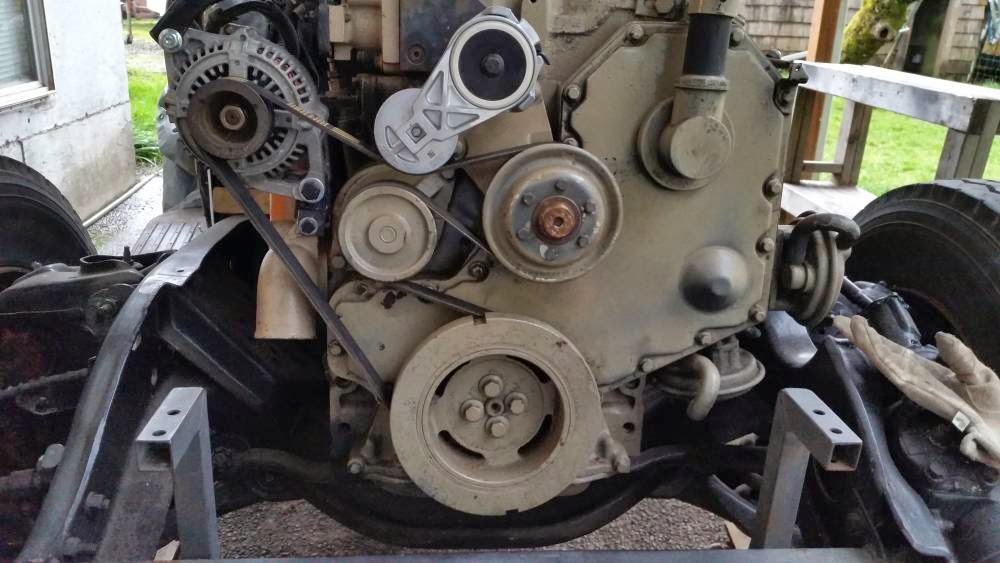 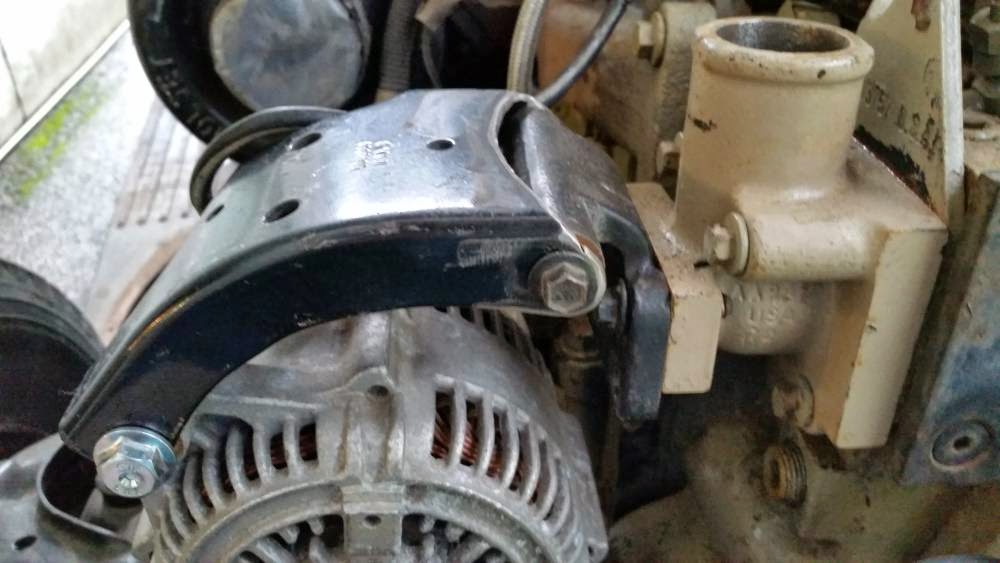 Brian shortened the stock alternator bracket and made a new lower mounting bracket (which turned out very well!)  We had to try out several belts before we got the right one.  It ended up being 5'' longer than the stock belt I believe.  First one we got 2'' longer than stock - it was too short.  Then, got one 6'' longer than stock - and it was too long.  Finally we got one an inch shorter than that - and it was actually a bit too short, so we had to make the lower bracket shorter than we had intended.  After we did that, it fits perfectly! 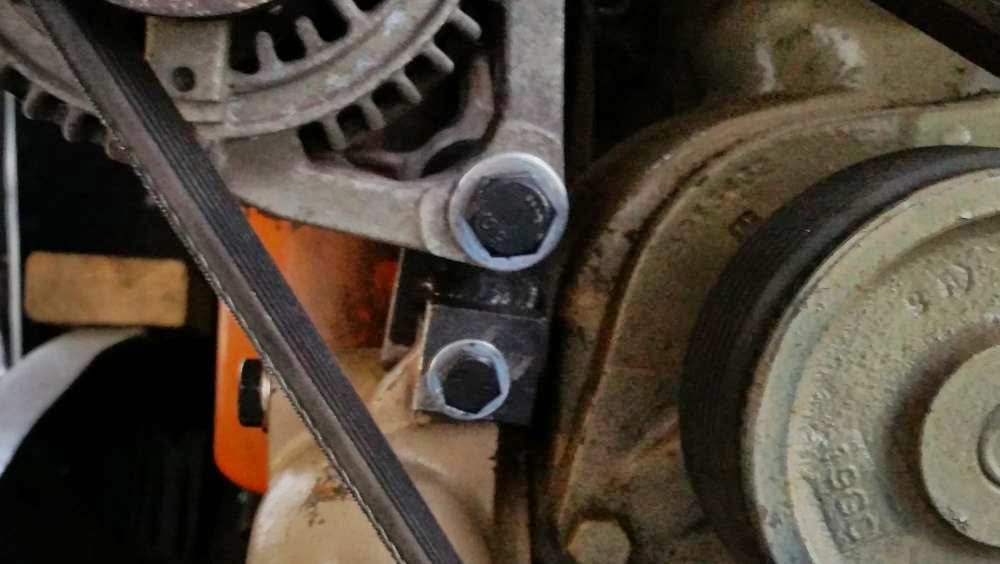 And, this is the first time we've had the radiator in place in ages! 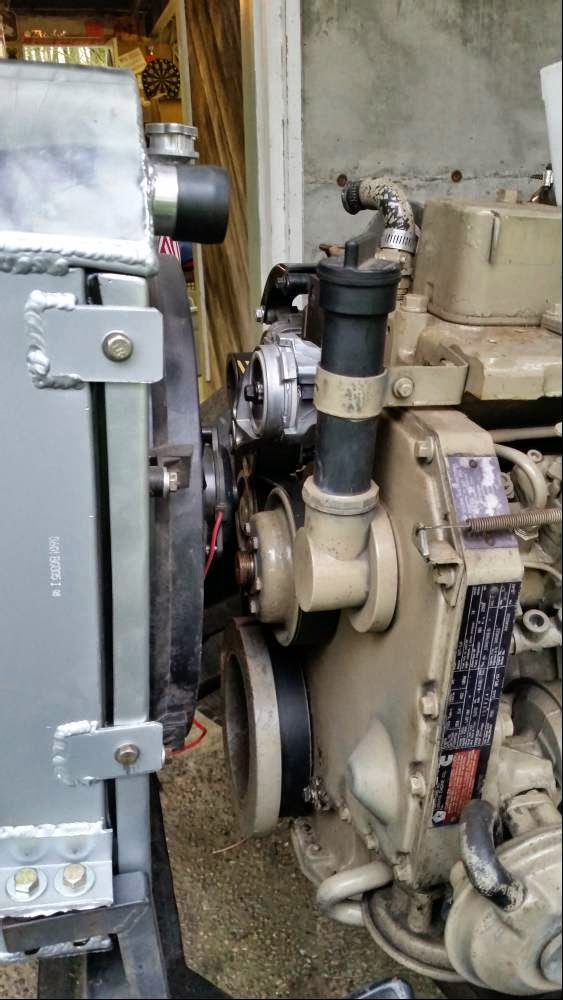 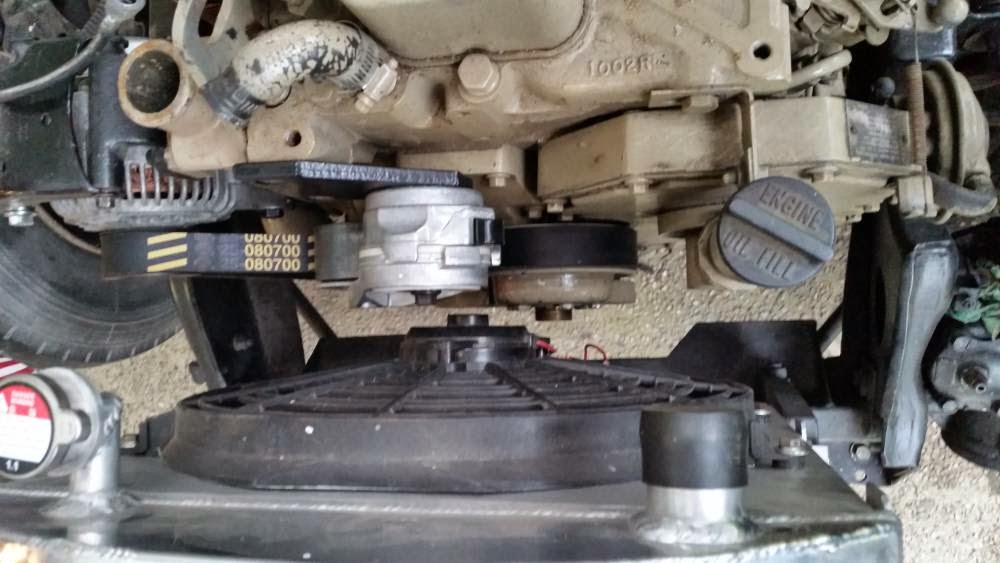 For those wondering, the radiator is a triple core aluminum radiator meant for a model T with a chevy 350.  We are crossing our fingers the aftermarket electric fan will be 'enough', but we won't know until it's ready to start again.  NOW we need to find hoses!


The second project of the weekend (while we were avoiding door-work), was the fuel tank battery box.  We picked up a second fuel tank from a commercial GMC box van - it's a 33 gallon round tank and exactly the same as the one we got from an Isuzu box van (that one we will actually use AS a fuel tank, LOL).  The second tank is destined to become a battery box (and compressor and tool box too).

The first step was to clean out the tank.  We did that a week ago, so it had time to air out.

Then, Brian knocked off all the extra bits and pieces on the tank that were no longer necessary (handles, inlet, outlet, etc.).  We will keep the fuel filler cap, and just fill the other holes either with welds or plugs. 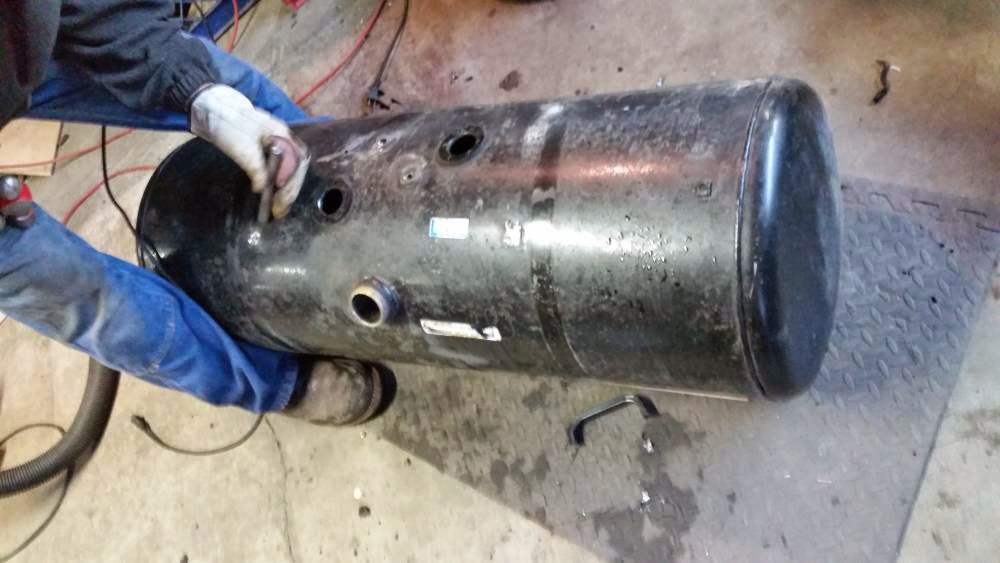 Then, we decided where the 'lid' is going to be: 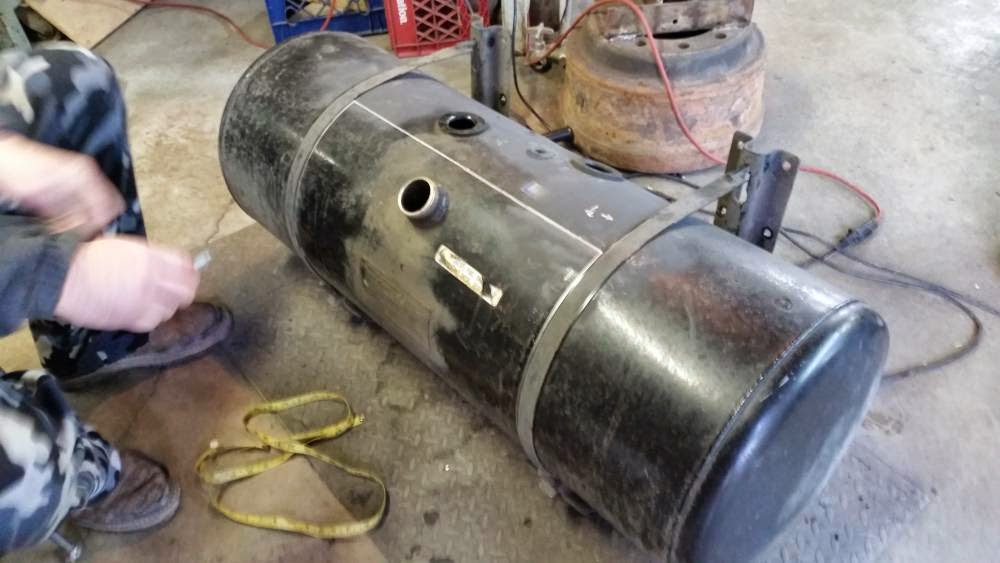 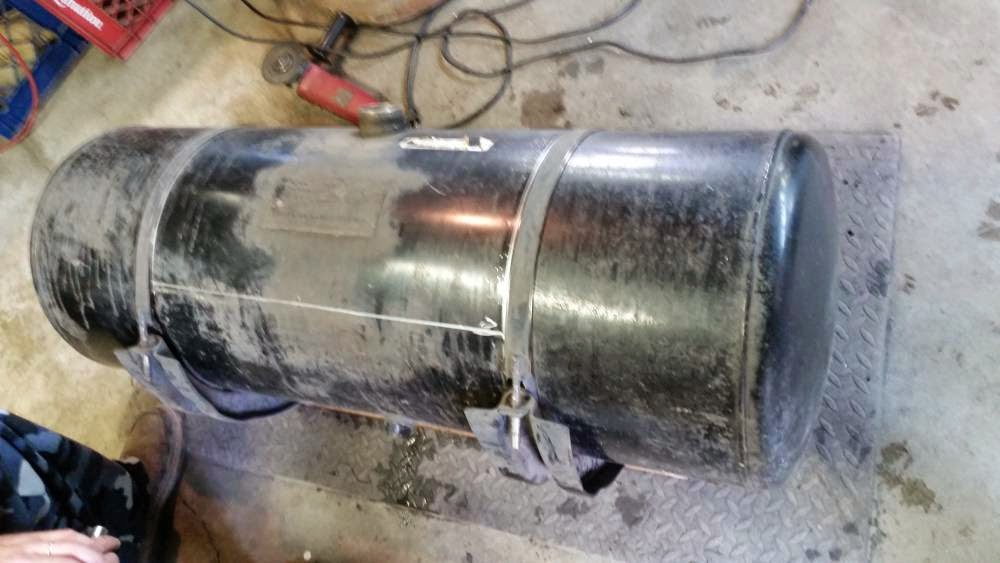 I marked it off with tape and Brian started cutting: 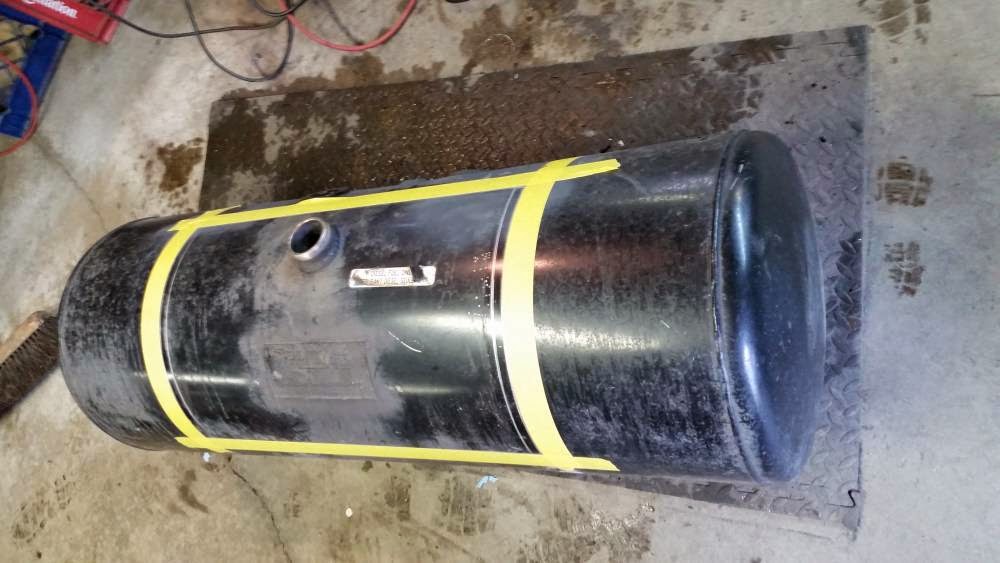 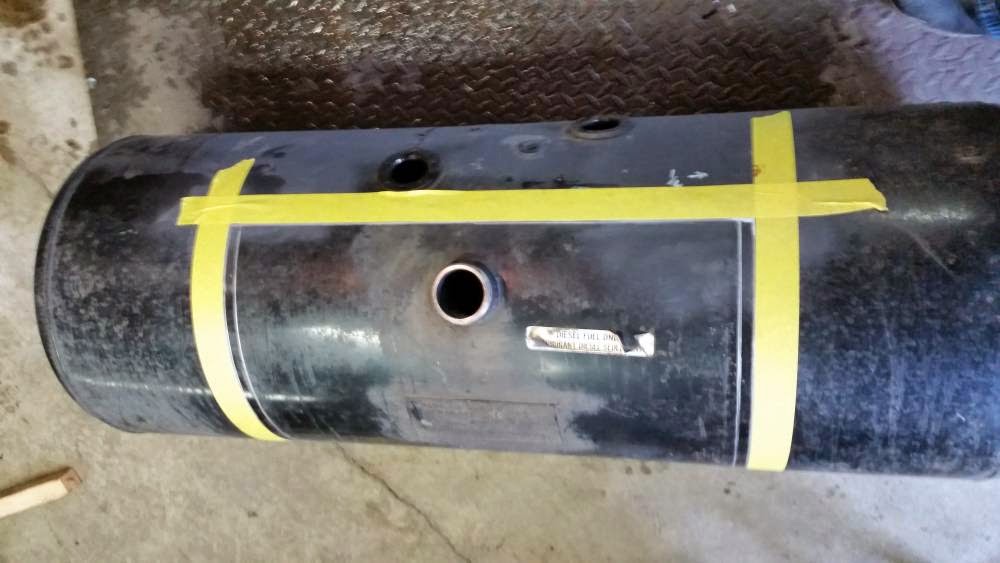 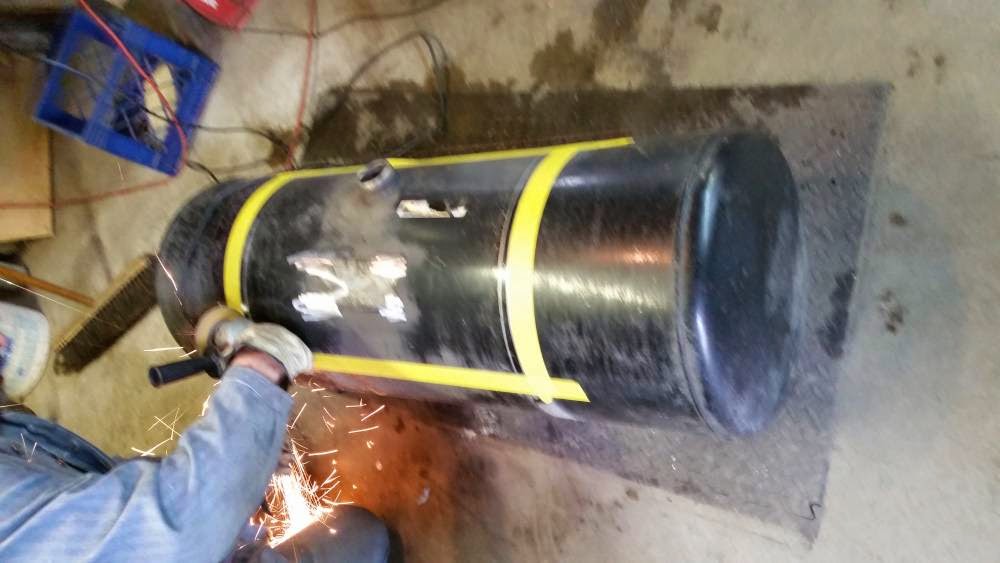 Viola!  The inside looks pretty good!  No rust! 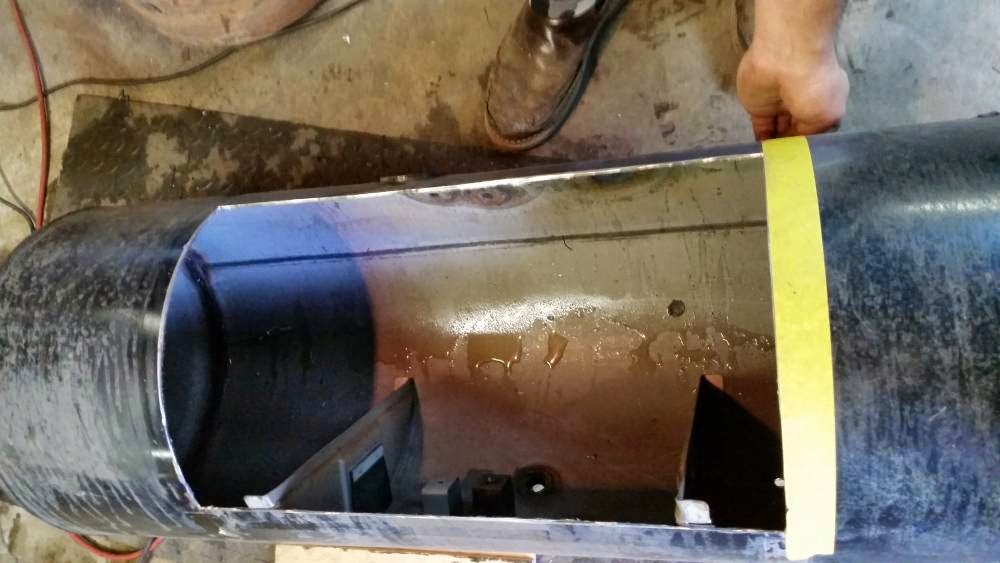 Brian ended up cutting those baffles down shorter and will use them as part of the support for a plywood 'floor' in the box.  This week, I need to pick up some thin flat stock steel to use around the perimeter of the door opening - and maybe try to find a hinge system of some sort.  We were thinking a piano hinge, but what was at the local hardware store was just a bit too lightweight.  We were hoping to find something bare steel that could be welded on.

Anybody have any good ideas for the hinge area so it can be semi water proof?

Posted by Cascade Quilts at 11:41 AM No comments: