We have looked for almost 3 years now for headlight buckets.  None to be found.  So, we finally realized that we would need to buy a parts truck in order to get them (but that wouldn't be so bad since we are missing other parts as well). 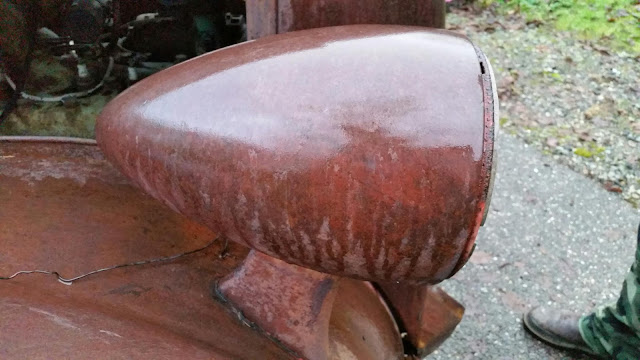 I just love the faded signage on the door! 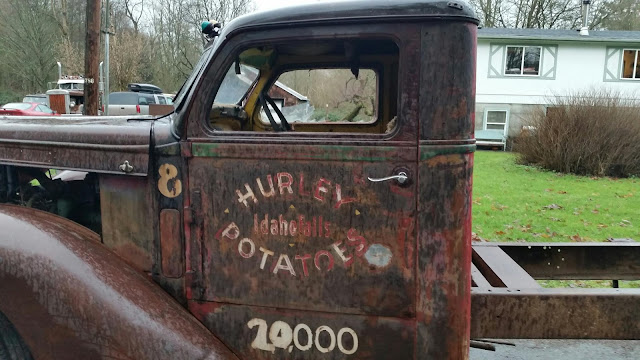 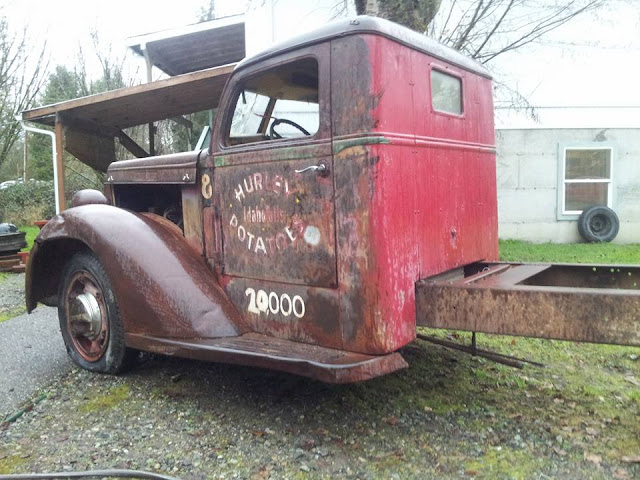 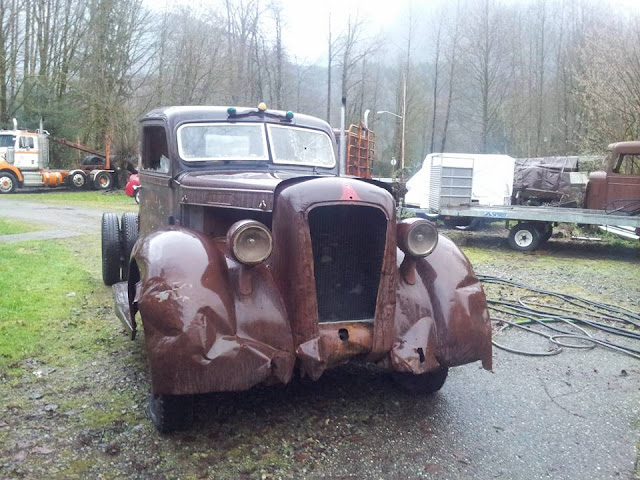 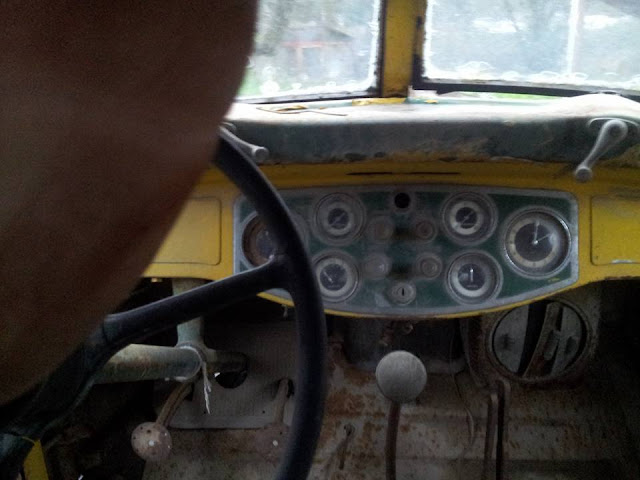 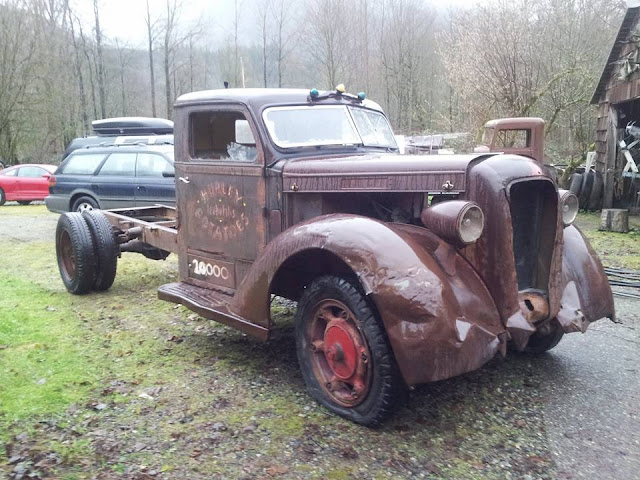 One real difference in the cab though - it has much more 'finished' door jambs.  Ours were wrapped around oak and the parts where the strikers attach to the jamb were notches cut out of the steel and oak fitted into the opening for the striker to attach.  This '37 has molded sections that the '36 didn't have (and the strikers which we didn't have either).  So, we will unfortunately be cutting into the cab of the '37 to get the bits we need.  I had hoped to keep it intact, but that won't happen.  If we hadn't been so far along in our cab build, we would have just used this cab.  It's not perfect either though.
We will then be parting the truck out to make a return on our investment.  We are keeping the interior trim, the interior dash, the gauges, the fenders, the headlights.  The cowl/frame/cab will be sold with the title (yes it has a title!).  It has no badges or hood emblem. We will decide what parts will be for sale as we get into deconstruction.

Posted by Cascade Quilts at 10:47 AM No comments: