Well, if you hadn't noticed, we're definitely not purists when it comes to old things and making them how we want them.  Although, Brian did restore a '64 Corvair Spyder many years ago that was pretty close to 'stock/original', that's it as far as our other projects have gone.  He sold this years ago to buy his first snowmobile..... 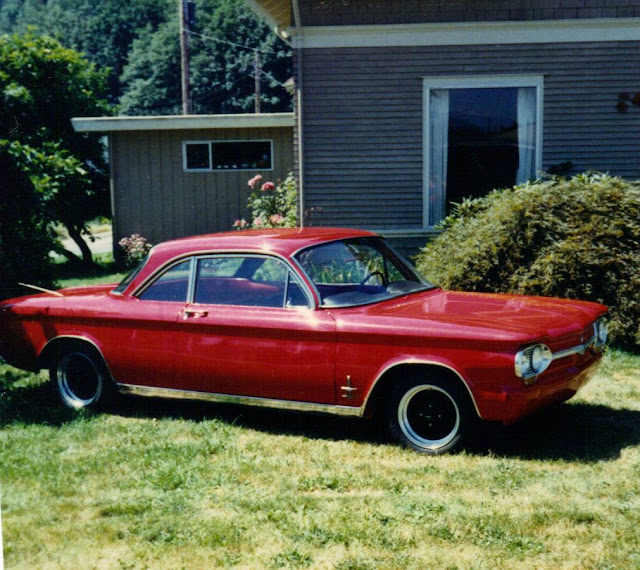 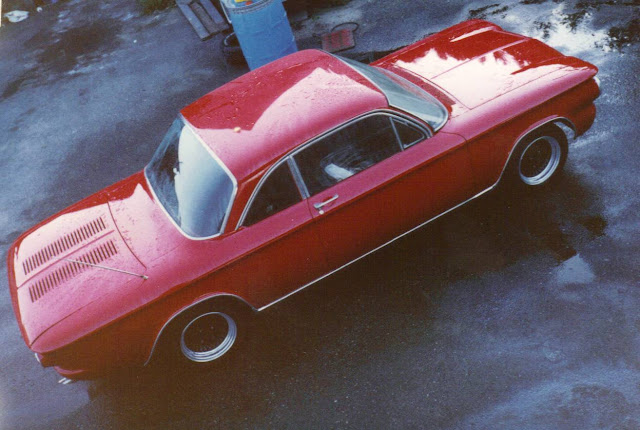 The Serro Scotty has some resemblance of being 'restored', but it's more 'remade' really...... 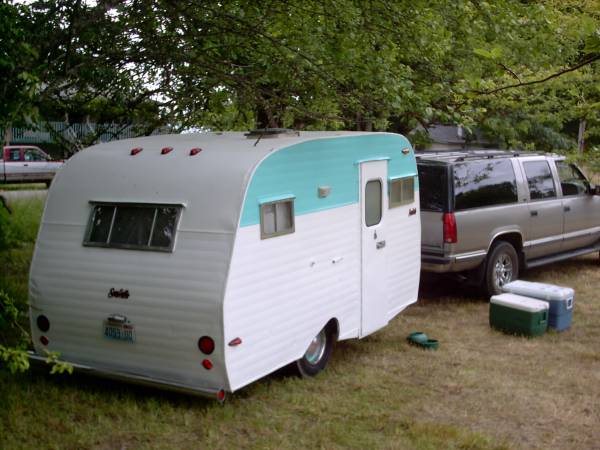 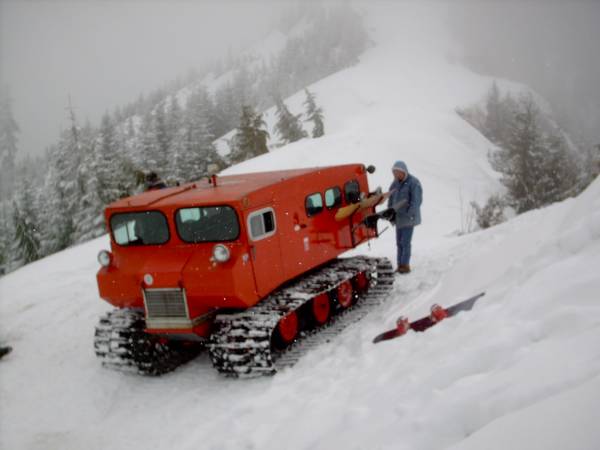 And, then there is our son's '87 Pathfinder 'wheeler' that has a SAS (that was a fun/interesting project, lots learned there!)  Wish the body still looked this straight :P 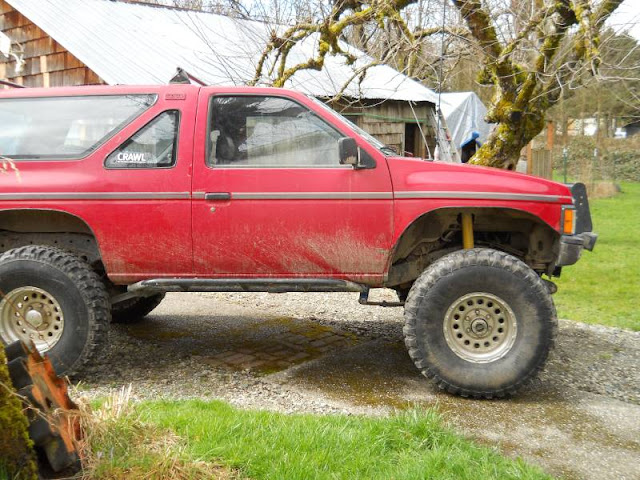 And, now this Frankenstein - 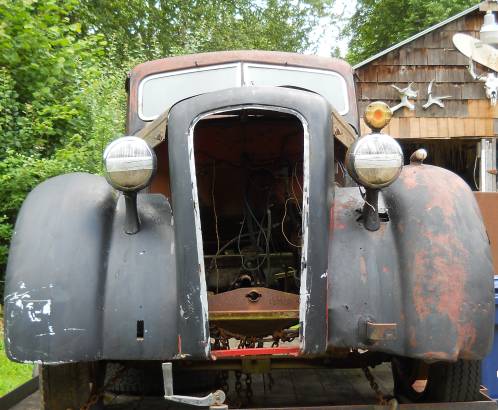 I was calling it the Diamond Dodge because it was only going to be Diamond T and Dodge to begin with - but now I think we're gonna have to come up with something else to call it.......

As far as progress on the project - we had the front hubs machined to fit the GMC wheels, now we are waiting for new wheel studs for the front.  We were hoping to use 9/16'' studs like are on the GMC donor van, but they were unavailable to fit the Dodge hubs (yes, I tried very hard to find them!), so we had to go with 5/8'' studs.  No big deal, just means a little adjusting necessary on the wheels and new lug nuts as well (all this piddly stuff ADDS UP!).  So, hopefully this weekend, I'll be able to show you a pic of the Dodge chassis with the front hubs back on and the new wheels installed!  ::crosses fingers::

Posted by Cascade Quilts at 5:50 PM No comments: 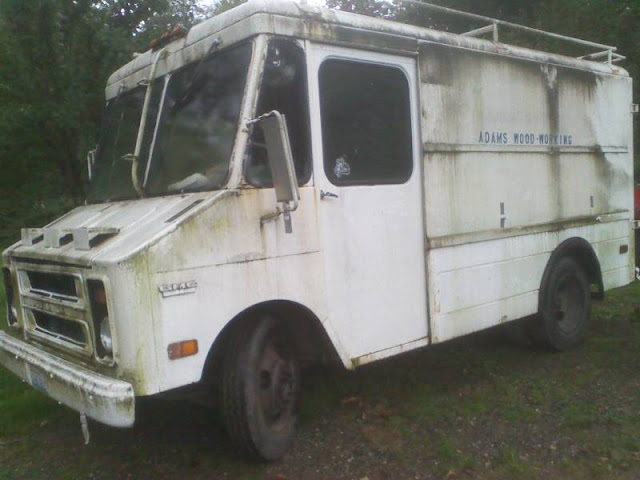 We bought all-we-want from this truck from the wreckers yesterday, and they delivered it!  We basically paid for the wheels/tires and he's letting us scavenge whatever else we may need off of it.  They will come get it to crush when we're done scavenging!

So, we know that the front wheels will work for the front axle of the Dodge chassis, but we are going to have to have the centers machined so they are hub-centric on the Dodge hubs as they are just a fraction of an inch too small to fit snug on the hubs.  So, Brian will take the wheels and the Dodge hubs to the machinist - hopefully today when he gets back from fishing.

The rear axle just might work too - we measured the overall width and it is right there - we will just need to find out if we can get the right gearing for the rear end (our son says it's a 14-bolt, but we haven't even looked close enough to find out yet).  If it ''fits'' for the Diamond T project, we'll just run it with it's slow gears until the project is up and running, then we'll worry about gearing it up if it's too slow (which it probably will be, LOL).  Hopefully it fits though!

Posted by Cascade Quilts at 8:40 AM No comments:

I have added some Diamond T shirts to my eBay store here and here. 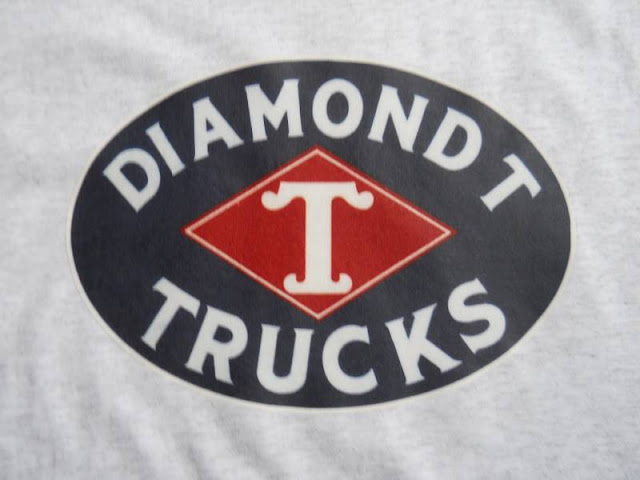 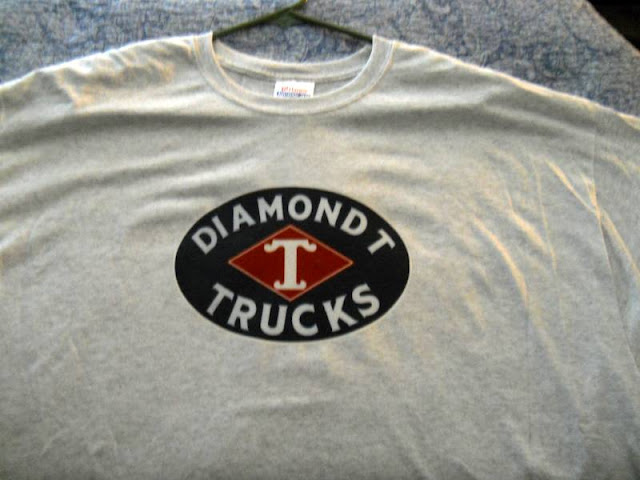 This is the one I made for Brian while he was fishing this morning :)